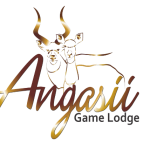 The Big Bang… and more interesting facts about our area

More than 2 000 million years ago a unique complex of volcanic rocks in the northern part of South Africa was formed as the earth’s tectonic forces caused a crevasse through the middle of the whole length of Africa. This crevasse started at the Red Sea, went through eastern Africa and Zimbabwe to the north of Pretoria and disappeared under the ground.

Melted mineral rich rocks were channelled upwards under the enormous pressure of the earth’s core and filtered into the crevasse which was formed by the earth’s tectonic forces. After the earth’s crust solidified, the surface of an enormous solid lake appeared, encircled by the nowadays Pilanesberg, Magaliesberg, Strydpoortberg and Soutpansberg.

This is the area in which Angasii Game Lodge is situated. It lies in the north western part of this mineral-rich area, which is considered a great geological wonder of the world and is named the Bushveld Igneous Complex contributing to our topography.

This complex stretches over about 26 000 m² and contains what is to be believed the world’s largest reserves of the platinum group of metals. The platinum ore is always associated with nickel, chrome and especially iron in considerable quantities. South Africa is one of the major miners of platinum in the world.

Near Thabazimbi (mountain of iron) enriched iron ore is also common and the erosion-resistant ironstone caused the formation of two parallel mountain ranges. Numerous magnetite bands occur in the rocks of the Bushveld Igneous Complex and the iron mineral present is mainly magnetite. On Angasii Game Lodge the black magnetite powder is clearly visible on the surface of dirt roads and in the veld and adheres to the magnetised blade of a pocket knife.

The strong explosive forces of nature not only create a unique landscape with special mineralogy, but the flora of this area is equally unique to South Africa. A variety of acacia species are common as is the buffalo thorn (ziziphus mucronata), silver clusterleafs (terminalia sericea), white stinkwoods (celtis africana), common wild fig (ficus thonningii) and karee, marula and tamboti trees.

Enjoy a tranquil and luxurious environment in the heart of the African Bushveld. A tranquil getaway spot, Angasii Game Lodge offers both the peace of rural nature as well as the luxury of unparalleled hospitality.